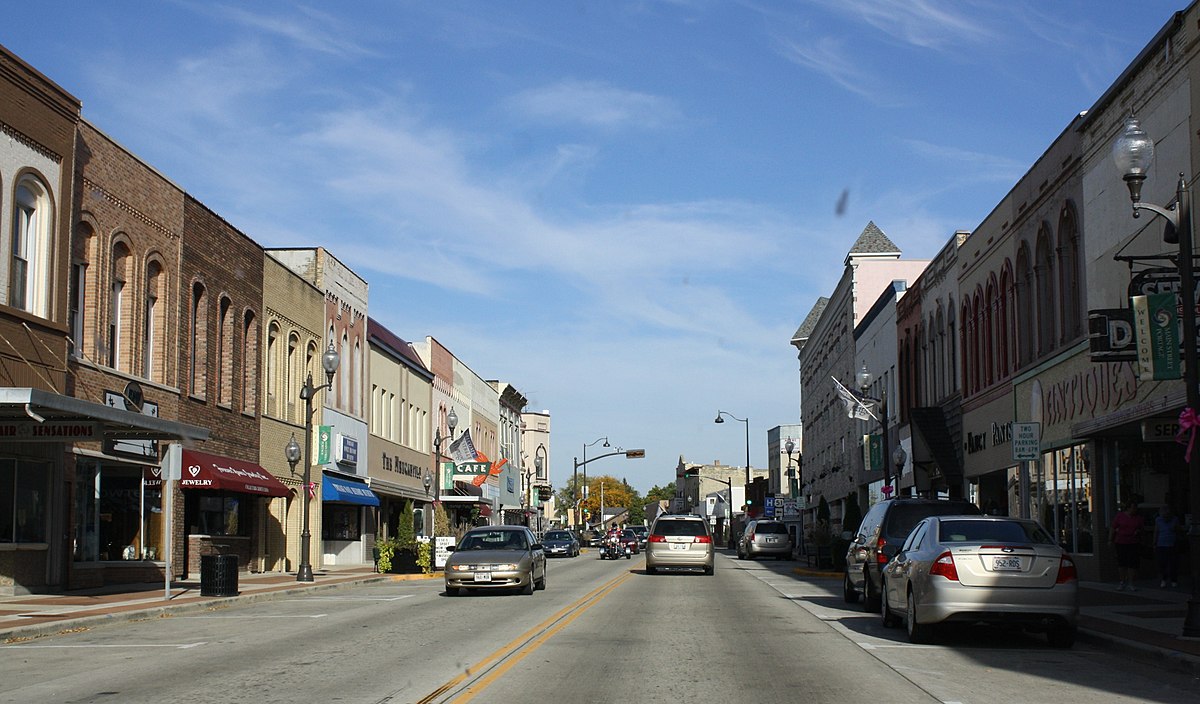 Explore Portage - Where the North Begins!

Portage is a city in and the county seat of Columbia County, Wisconsin, United States.The population was 10,662 at the 2010 census making it the largest city in Columbia County. Portage was named for the Fox-Wisconsin Waterway, a portage between the Fox River and the Wisconsin River, which was recognized by Jacques Marquette and Louis Joliet during their discovery of a route to the Mississippi River in 1673. The city's slogan is "Where the North Begins."

The Native American tribes that once lived here, and later the European traders and settlers, took advantage of the lowlands between the Fox and Wisconsin Rivers as a natural "portage". This is reflected in indigenous names for the town, such as the Menominee name Kahkāmohnakaneh, which means "at the short cut". In May 1673, Jacques Marquette joined the expedition of Louis Jolliet, a French-Canadian explorer, to find the Mississippi River. They departed from St. Ignace on May 17, with two canoes and five voyageurs of French-Indian ancestry (Métis). They followed Lake Michigan to Green Bay and up the Fox River, nearly to its headwaters. From there, they were told to portage their canoes a distance of slightly less than two miles through marsh and oak plains to the Wisconsin River. Later, French fur traders described the place as "le portage", which eventually lent itself to the name of the community. As a portage, this community developed as a center of commerce and trade; later, a canal was constructed to facilitate this trade. When the railroads came through, the community continued in this role.

Portage emerged at this place because of its unique position along the one and a half mile strip of marshy floodplain between the Fox and Wisconsin Rivers. By the end of the 17th century, the Fox-Wisconsin waterway, linked at The Portage, served as the major fur trade thoroughfare between Green Bay and Prairie du Chien. It was not until the 1780s and 1790s that traders built their posts and warehouses at each end of The Portage. In the early 19th century Portage was primarily populated by Métis. In 1828, the federal government recognized the strategic economic importance of The Portage and built Fort Winnebago at the Fox River end. After 15 years of controversy, Winnebago settlement (now Portage) won the county seat in 1851. The community incorporated as Portage City in 1854.

The Portage business district lies along a hill that overlooks the Portage Canal. The buildings now in the city's downtown were once part of a bustling, urban commercial center serving a large region across north central Wisconsin. The building of the city paralleled its commercial prominence between the end of the American Civil War and the second decade of the 20th century.

Portage is served by Amtrak's Empire Builder between Chicago and Seattle or Portland, with a train stopping there in each direction every day.

Portage is served by intercity bus from Milwaukee via Madison and to Wisconsin Rapids via Stevens Point, with a bus stopping in each direction daily at the Portage station.

$295,000
28
315 Summit St
Portage, WI 53901
4
Beds
3F11/2
Baths
2,787
Sq.Ft.
Exp Realty, Llc
Copyright 2022 South Central Wisconsin MLS Corporation. All rights reserved. IDX information is provided exclusively for consumers' personal, non-commercial use and may not be used for any purpose other than to identify perspective properties consumers may be interested in purchasing. This information, provided by seller, listing broker, and other parties, may not have been verified.
Search All Area Listings
Advanced Search
Featured Communities
Today's Listings
All Residential
New Today
Price Reduced
Sold Within Last 30 Days