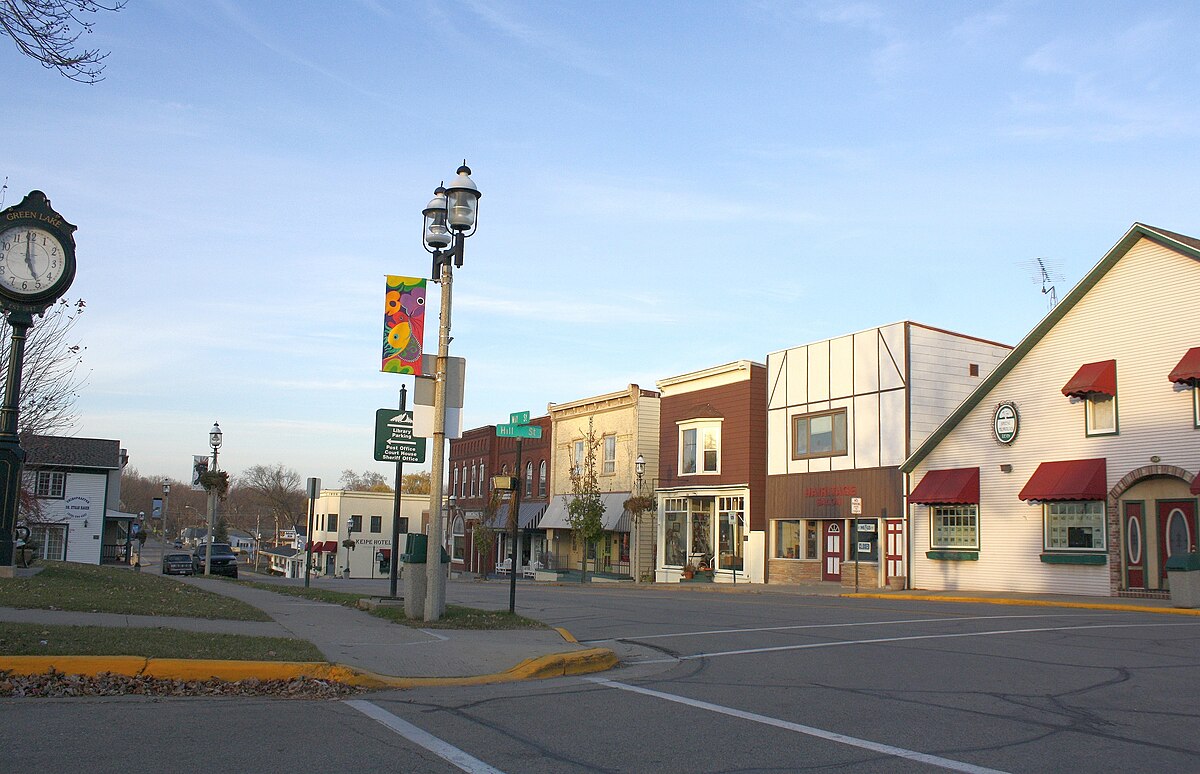 There are three golf courses near Green Lake - Tuscumbia, Mascoutin (near Berlin), and Lawsonia.

Green Lake is also home to several parks for public enjoyment. Deacon Mills Park is located on South Lawson Drive at the Marina and has a band shell, picnic facilities, and ice skating in the winter. Highknocker Park is located in downtown Green lake and had a baseball field and playground equipment. Friday Club Park is also located downtown and has public tennis courts and a fishing area.
Hattie Sherwood Park is located on the north lakeshore and has a sand swimming beach, a pier, and a camping area. Sunset Park is located on the east end of Green Lake and has a boat launch, swimming beach, picnic area and pier. Nearby is the Green Lake Conference Center, which was founded by the American Baptist Churches USA in 1943. Also near the conference center are the Golf Courses of Lawsonia, built on the former estate of Victor F. Lawson, the owner and publisher of the Chicago Daily News.

Transportation
Green Lake is served by the state highways of WIS 23 and WIS 49 as well as Business 23. Business 23 runs through town while Wis 23 bypasses Green Lake on the north side. Wis 23 heads west to Princeton. Wis 49 heads north to Berlin. Wis 23 East and Wis 49 South head to Ripon. Green Lake County Hwy A also enters town.

$5,900,000
34
W2241 Hickory Rd
Brooklyn, WI 54941
10
Beds
10F31/2
Baths
7,440
Sq.Ft.
Special Properties Of Green Lake Llc
Copyright 2022 South Central Wisconsin MLS Corporation. All rights reserved. IDX information is provided exclusively for consumers' personal, non-commercial use and may not be used for any purpose other than to identify perspective properties consumers may be interested in purchasing. This information, provided by seller, listing broker, and other parties, may not have been verified.
Search All Area Listings
Advanced Search
Featured Communities
Today's Listings
All Residential
New Today
Price Reduced
Sold Within Last 30 Days